Imagine that you work in a donut shop. You arrive with the staff at 4:00 AM for your first day on the job. You are expecting to be elbow deep in flower but the owner gathers everyone around a dvd player and monitor and hits play. For the next two hours you sit and learn about the history of donut making. After a “discussion” which is actually mostly just filling in blanks in a workbook, you stand with your coworkers for a quick summary and then head home. No donuts are made.

The next day you come ready to bake but end up in the donut classroom again. On day two the focus is on ingredients. No donuts again. Day three is about donut making equipment. Day four is variety, day five oils and day 6 discusses the purpose of donut making. No donuts still.

By day ten you stop bringing your apron. The theory and practice of donut making is fascinating to study. On day 21 you get a different workbook and see that you will be talking about famous donut makers around the world. You even drop a few bucks into the collection for bringing donuts to new areas. Then there’s the discussions about the future and what will come, talk of serving donuts to the donutless and even discussions about what to study next.

You ask the long-time employee next to you, “have you ever actually made donuts?” He hasn’t but he tells you about a day before his time when this place produced piles and piles.

You’ve already surmised that im not talking about donuts at all. Im talking about the church of Jesus. We sure do like to talk, debate and study. We major in the minors while no one makes any donuts.

Throughout my ministry career I’ve noticed that we Christians tend to spend a ton of time majoring in the minors rather than focus on that which is clear. Some want to take class after class about dragons and beasts and endtime prophecies  while others love to study angels. Some want to talk about heaven and where it is, what it is like and what we will do when we get there while others love studying a new earth, new bodies and the second coming. Jesus told us to bring Good News to people but we seem more concerned with where the ark is now and what happened to the dinosaurs.

The excellent thing is that today you can Google all these fringe issues to your heart’s delight. You can spend hour-upon-hour researching aliens and the wheel-in-the-middle of the wheel. Or, you can study the depth of moon dust and use it to support your dedication to young-earth perspectives.

Me? I prefer to focus on the things that are clear and direct in Scripture. I’m not a big mystery chaser and I’m not interested in spending my time searching for secrets between the lines. I’d much rather spend my time focusing on the clear teachings of Christ rather than spend my time chasing mysteries.

If I were a donut maker, I’d want to make donuts. As a disciple of Christ I want to be a disciple maker.

“It is a bad symptom of any man’s state of soul when he begins to put the second things of religion in the first place, and the first in the second, or the things ordained by man above the things ordained by God. There is something sadly wrong when it is more important to us whether others are of our denomination and ceremonies rather than whether they repent of sin, believe on Christ and live holy lives.” ~ J.C. Ryle

Statistics tells us that the church in America has been in decline for more than 30 years. Even while the number of mega-churches has enlarged, the church has shrunk.

Imagine an area where 10 shepherds watch over ten separate flocks of 100 each. The area has 1000 sheep. If the shepherd in pasture #1 manages to attract 20 sheep from the other 9 flocks his flock grows to 280 and is easily the largest flock around. Without the sheep doing their job and making other sheep, the number of sheep in the area remains at 1000. Shepherd number 1 could build his flock to 500 by offering more perks to attract more sheep at the expense of the other flocks. Is shepherd number 1 a success? If the goal is to have the largest flock he is a tremendous success but if the goal is to increase the number of sheep overall? No, nothing has changed.

My understanding of what Jesus has called us to is not shifting sheep but multiplying sheep. As God revitalizes our body and brings new life to our gathering one thing is for certain, we will see faces that are new to us. We’ll see some sheep wander into our flock attracted by the preaching style, the format of our services and the flavor of our music. Some sheep will find greener grass with us while some of our sheep simultaneously head for the greener grass of the pasture in the next town over. We’ll be excited about the faces that are new to us and we will give a warm and genuine welcome.

But what should we really want? We want to bring in faces that are new to Him!

We can focus on attracting sheep with a rocking worship team, cool mission trips and we can do all the stuff Christians are shopping for. We can invite our Christian friends to check out our new pastor or come hear the big speaker we are bringing in. We can build an event-driven, attractional ministry with a great show week after week complete with all the hype we can muster. But one thing to remember? Attracting sheep is not what Jesus has called us to. Jesus called us to make sheep.

The Great Commission doesn’t to go to Christian friends with, “come see what we’re all about.” Instead it tells us to go to those who don’t know. We are to go, live in the culture, rub shoulders and share life in Christ and invite. Shepherds don’t make sheep. Only sheep make new sheep.

As I wrestle with church revitalization and planting, I’m not really interested in spending big bucks to send out glossy mailers, put out lawn signs, hang invitations on doorknobs and hype up a big show that attracts Christians. I’m more interested in building a community of people loving and serving the people around them, praying earnestly to reach unreached people for Jesus.

Let’s not put on a show. Let’s follow after Jesus with everything we have and invite people along for the journey. Only sheep make sheep.

“Follow the Leader” was one of my favorite games when I was a kid. It usually was not all that difficult … right turn, left turn, around the tree. Most of us had the same moves when it was our turn to lead. I think we all played it for the thrill of being the leader with everyone lined up behind us. That was power.

But every once in awhile we got the drill sergeant leader kid. He’d run, crawl under things on his belly and make us sweat. It cost to follow him.

Some kids would start whining and complaining that it was too tough. Kids dropped off one by one. Some would demand a new leader. But a few of us really got into it. We preferred the challenge instead of the same old predictable path.

Have you ever read the Bible looking at Jesus as a leader? He never downplayed the cost or difficulty of following Him. He made a clear call, spelled out the rewards and then forged a path inviting people to follow Him. It was an all or nothing proposition.

I think His challenge is so intriguing because most of us realize that the “all” we live for now actually amounts to “nothing” in terms of things that last. We have a sense that we’re missing something. We’re following the kid in front of us knowing we are not really headed anywhere meaningful.

In Matthew 4 Jesus says, “Come, follow me” to some fishermen. Their response is immediate. They drop everything and go. All they know is that He tells them He will make them “fishers of men.” But what does that mean?

As a leader, that is Jesus’ path and what He is all about. He’s about taking the condemned and rebuilding them. He is about taking the lost and showing them the path. He is about giving hope to the hopeless and life to the lifeless. He is about paying their debt and bringing them into the relationship with God that they were created to live. He is forgiveness for the unforgivable. Jesus walked that path with resolute determination and invites us to follow.

I think we’ve lost sight of that path in the American church. We sit, we stand, we turn left, we turn right and we go through the motions. By sitting in class after class talking about reaching out, loving others and following Jesus with everything, we have convinced ourselves that we are actually walking the path. But in reality, we rarely toss a net beyond the church parking lot. Our lines hardly ever hit the water where the fish live.

I think it’s time for a good round of Follow the Leader. The path is a lot less comfortable than our padded pews but it is the path Jesus calls us to. It’s a tough path to follow but it is worth walking. 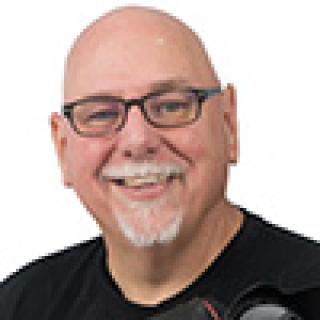